To say my summer goals were lofty would not exactly be crazy… but they were nothing beyond what I’ve pushed myself to do in the past.  This year, though, everything seemed to converge making this summer a huge crafting fail.  Between work, taking an actual vacation, and a sudden (but now seemingly taken care of) health situation, I had less time to do everything I planned on.  Sure, I thought I planned according to my vacation time and my life in general… but clearly I was lying to myself.

Let’s start with the Stash Dash goals:  Knit smaller projects mixed in with three large projects (2 sweaters and my Viajante by Martina Behm) and spin as much as possible to use and/or create 5K of yarn. 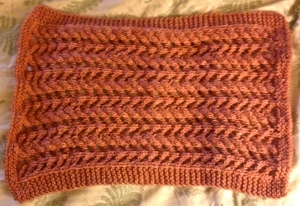 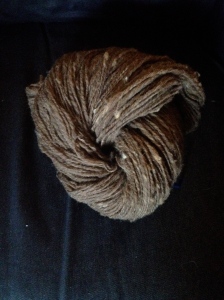 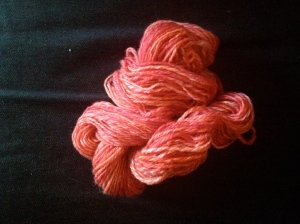 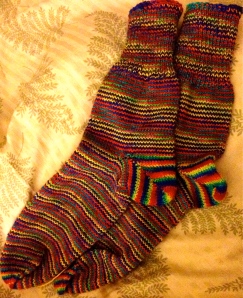 That left me at only 2,860 yards – 2,608 yards short.  It was a pretty epic fail.  No knitting was accomplished on any sweater. Though much of my Viajante was complete, no matter how hard I could have pushed myself at the end, I wouldn’t have made the deadline – and would have still been 608 yards short.

As for Tour de Fleece, even though I only managed to finish one of the many spinning projects I had hoped to complete during the Tour (the FiberFancy Shetland shown above), I felt a bit better about it.  I did spent a lot of the Tour riding in a car to and from New York and Boston – making spinning nearly impossible.  I did bring two drop spindles with me in hopes of working on, and maybe even finishing, the two braids of fiber.  But I was on vacation.  Unlike last year, this vacation was not a knitting retreat and between beach-going and meeting with friends I hadn’t seen in years, I just didn’t find the time.  Which was perfectly alright with me.

Since I find myself at almost the end of summer having failed at my crafting goals, I’ve decided to redirect myself toward fall crafting and creating some goals to carry me through to the end of the year.  That’s right people, Christmas is around the corner!  But first, I’ll let you in on all the fun summer crafting I did with my daughter in the next post!

This entry was posted on August 11, 2014, 8:01 PM and is filed under Knitting Goals. You can follow any responses to this entry through RSS 2.0. You can leave a response, or trackback from your own site.